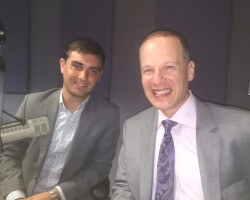 Tom McMullen and his family have long been players in the Ann Arbor commercial real estate market, starting with the development of Briarwood Mall in the early 1970s. The McMullen portfolio has now been purchased by Ann Arbor’s largest commercial landlord, Oxford Companies, owned by Ann Arbor native Jeff Hauptman. Ann Arbor News editor Paula Gardner broke the story of the $100 million deal.

It’s being touted as one of the biggest real estate deals in Ann Arbor. Here’s how Oxford Companies acquired McMullen Properties:

[Listen to the radio interview]